We are delighted to announce that Segfault Systems, a spinout from IIT-Madras, is joining Tarides. Tarides has worked closely with Segfault Systems over the last couple of years, most notably on the award-winning Multicore OCaml project and the upstreaming plans for OCaml 5.0. This alliance furthers the goals of Tarides, bringing the compiler and benchmarking expertise of the Segfault team directly into the Tarides organisation.

KC Sivaramakrishnan, CEO & CTO of Segfault Systems says that “Segfault Systems was founded to secure the foundations of scalable systems programming in OCaml. We have successfully incorporated cutting-edge research on concurrent and parallel programming into OCaml. This addresses the long-standing need of OCaml developers to utilise the widely available multicore processing on modern machines. Tarides is at the forefront of OCaml developer tooling and platform support, and we are excited to join the team to make OCaml the best tool for industrial-strength concurrent and parallel programming.”

“We’re thrilled to have the Segfault Systems team join Tarides,” says Thomas Gazagnaire, CTO of Tarides. “They have been integral to the success of the Multicore OCaml project, which has combined cutting edge research and engineering with consistent communication, promoting Multicore OCaml as an upstream candidate to the core developer team, as well as publishing monthly reports for the wider community. We look forward to working with our new partners to make OCaml the tool of choice for developers.”

All of Segfault Systems’ existing responsibilities and open-source commitments will migrate over to Tarides, where work will continue towards the three main objectives in 2022:

The next major release of OCaml, version 5.0, will feature primitive support for parallel and concurrent programming through domains and effect handlers. The goal is to ensure that the fine balance that OCaml has struck between ease of use, correctness and performance over the past 25 years continues into the future with these additional features.

Domains enable shared-memory parallel programming allowing OCaml programs to run on multiple cores: with domains, OCaml programs will scale better by exploiting multicore processing. Effect handlers are a mechanism for concurrent programming: with the introduction of effect handlers, simple direct-style OCaml code will be flexible, easy to develop, debug and maintain (no more monads for concurrency!). These features will benefit the entire ecosystem and community, and we expect it to attract many new users to the language.

As part of the Multicore OCaml project, the team developed Sandmark, a suite of sequential and parallel benchmarks together with the infrastructure necessary to carefully run the programs and analyse the results. Sandmark has been instrumental in assessing and tuning the scalability of parallel OCaml programs and ensuring that OCaml 5.0 does not introduce performance regressions for existing sequential programs compared to OCaml 4. 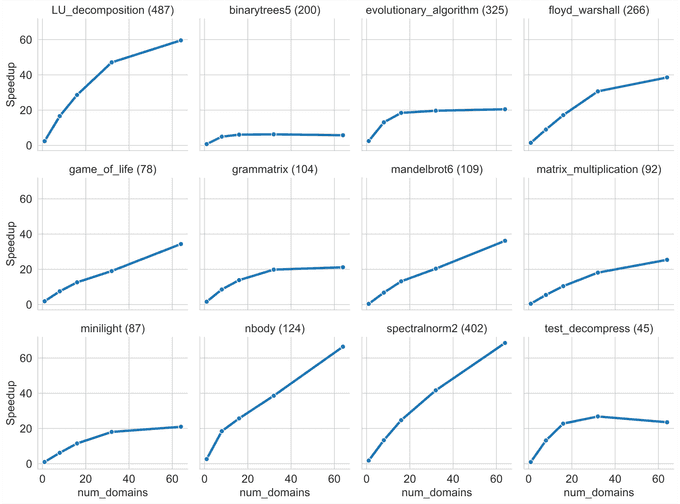 Sandmark is now run as a nightly service monitoring the performance of OCaml 5 as it is being developed. Development will continue to make it even easier to use and more practical by fully integrating it with current-bench (the continuous benchmarking system based on OCurrent). Get in touch if you want to know more.

At Tarides we want all OCaml users to benefit from the new features that OCaml 5.0 will bring, and this means ensuring that the ecosystem is fully prepared. We aim to develop and maintain a robust set of libraries that work with domains and effects, together with a diverse parallel benchmarking and performance profiling suite to use with OCaml 5 applications. The first version of Eio, the effects-based direct-style IO stack for OCaml 5.0, has been released, generating lots of interesting discussion within the community. Eio not only makes it easier to develop, debug and maintain applications utilising asynchronous IO, but is also able to take advantage of multiple cores when available. 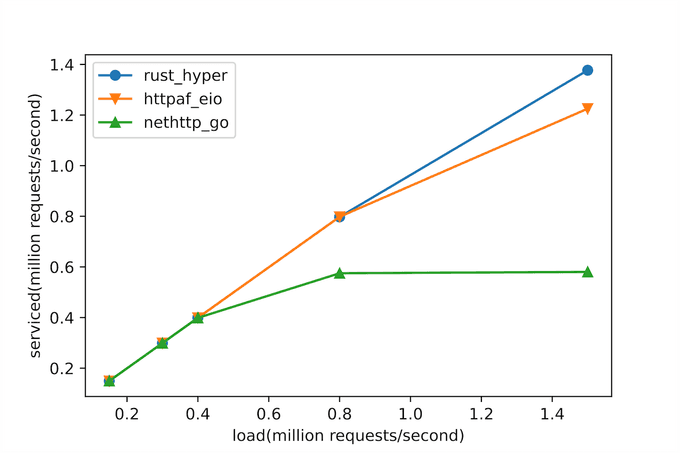 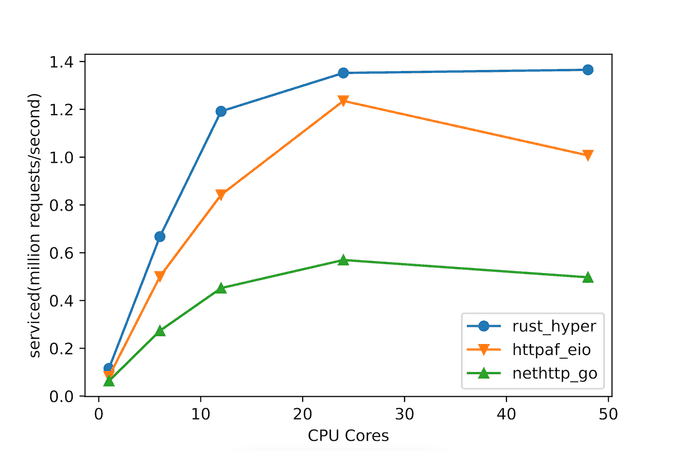 The early results are quite promising. An HTTP server based on Eio is able to serve 1M+ requests/sec on 24 cores, outperforming Go's nethttp and closely matching Rust's hyper performance. Eio is still heavily under development. Expect even better numbers for its stable release planned later this year.

The next step is to iterate on the design in collaboration with the community and our partners. Get in touch if you have performance-sensitive applications that you'd like to port to Eio, so we can discuss how the design can meet your needs.

In collaboration with community members and commercial funders, Tarides has been developing and defining the OCaml platform tool suite for the last four years. The goal of the platform is to provide OCaml developers with easy access to high-quality, practical development tools to build any and every project. We will continue to develop and maintain these tools, and make them available for OCaml 5. Reach out to us if you have specific feature requests to make your developer teams more efficient.

This alliance brings the headcount of Tarides up to 60+ people, all working towards making OCaml the best language for any and every project. Join us!